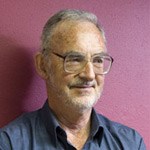 Australia’s affluent lifestyle depends on huge imports of manufactured goods, particularly hi-tech electronic goods – for the simple reason that few of these products are made in Australia. In the official statistics these goods are labelled as Elaborately Transformed Manufactures (ETMs). In 2015-16 Australia exported $20.8 billion worth of ETMs and imported $190.3 billion. The resulting deficit was $169.5 billion.

This deficit was largely covered by the export of primary goods, mainly minerals and fuels. There was an Australia-wide surplus of $129 billion in 2015-16 in exports over imports of these primary goods. Victoria contributed a tiny $1.3 billion to this surplus in 2015-16.

At first sight, this is not a pretty picture. Victorians’ life style appears to be dependent on commodity exports, most of which originate from Western Australia and Queensland.

But surely Victoria makes a contribution to the export of ETMs? After all, Victoria has been in the lead in promoting advanced manufacturing and other innovative industries since the early 2000s, when Bracks and Brumby led successive Labor governments.

At that time, there were concerns about the consequences of the Hawke/Keating governments’ reforms of the 1980s and 1990s, which included drastic reduction in tariff levels. These opened Australian manufacturing industry to global competition. The fear was that Victoria’s legacy of protected manufacturing industries was at risk.

Bracks and Brumby embraced Keating’s reforms. Victorians were told not to worry about this risk. This was because Labor was putting in place initiatives that would promote hi-tech advanced manufacturing in Victoria. These initiatives, voters were told in 2002, would ‘make Victoria one of the world’s most innovative and international focused economies’.

Bracks and Brumby set out an Agenda for New Manufacturing. The Labor government promised to provide some financial support for innovation. But the trump card was its determination to turn Melbourne into an exciting destination city that would attract the best and the brightest from around the globe. Docklands and various iconic buildings like Southern Cross station were part of this. Labor claimed that these bright newcomers would enhance Melbourne’s already strong base in science and technology research.

However the Labor leaders took no chances. Their new planning scheme, Melbourne 2030, provided for massive growth in Melbourne’s population by rezoning much of inner Melbourne and all of the city’s major transport and shopping hubs for high rise apartments. In addition, a huge swathe of Melbourne’s fringe was rezoned for new housing.

Labor’s initiatives were rewarded with the accolade of the world’s most liveable city in 2002. With so many ‘creative’ people expected to be attracted, the Labor leaders promised that Victoria would become ‘a world leader in the 21st century drivers of prosperity’.

Now let’s turn to the real world. How has Victoria performed since these promises were made? Victoria’s contribution to Australia’s meagre exports of ETMs has actually declined since the early 2000s. In 2004-05 Victorian enterprises exported $7.2 billion worth of ETMs. In 2015-16 they exported $7.3 billion. This is less in real terms than in 2004-05, because the Australian dollar was worth far more a decade ago than today.

There have been a few hi-tech success stories in Victoria, notably CSL, but these gains have been more than offset by the losses stemming from the demise of protected manufacturing industries, including the motor vehicle industry, which was the leading exporter of ETMs from Victoria in the early 2000s.

Meanwhile as Victoria’s population swelled and its residents’ affluence has grown, the state’s appetite for ETM imports has surged. As noted, some $7.3 billion of ETMs were exported from in 2015-16. In the same year, Victoria imported $52.5 billion worth of ETMS. The result was a deficit on international trade of ETMs of $45.2 billion.

Victoria is a parasite state. In 2015-16 Victorians, who made up 25 per cent of Australia’s population, were responsible for 28 per cent of the national deficit in ETM trade of $159.6 billion. Furthermore, as indicated, Victorian made only a tiny contribution to Australia’s surplus in the trade of primary products that largely finances the national ETM deficit.

Victoria is relying on the rest of Australia to provide for its import intensive life style. Melbourne, of course is driving this dependence because of its increasingly dominant role in the state’s economy.

In Melbourne, this dependence is ignored. Why worry when the economy appears to be booming. However the boom is being driven by employment growth in the health, social assistance and education industries that are largely financed by the commonwealth and state governments and a boom in the finance and property industries fuelled by a massive increase in mortgage investment debt.

The current Labor government is basking in Victoria’s national leadership in job creation, the continued award to Melbourne as the world’s most liveable city and the evidence of cranes on every horizon.

This is a mirage – where not a word of the truth, as summarized above, is allowed to intrude.

Bob Birrell is the head of the Australian Population Research Institute

An edited version of this text was published in The Herald Sun, on Monday the 28th of August 2017, page 20.
It was accompanied by an article by John Masanauskas, Bailed Out: Victoria dubbed a parasite state as imports trump exports by $51 billion a year and followed by an editorial, 29 August 2017, Livability clouds gather.

One thought on “Victoria: Parasite State”